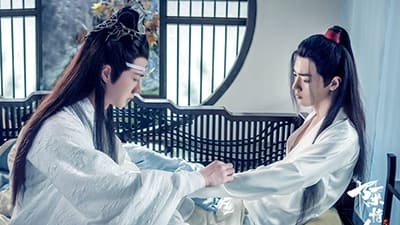 The whole world knows Wei Wuxian came back. Because of the hatred caused by the fact that Wei Wuxian killed Jin Zixuan and Jiang Yanli, as soon as Wei Wuxian’s true identity is revealed, Jin Ling stabs Wei Wuxian. With wound in the abdomen, Wei Wuxian and Lan Wangji left Jin Sect. Then they solved the case of how Nie Mingjue died.