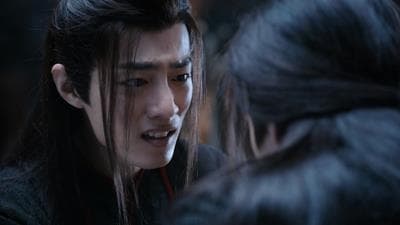 Jin Zixuan invites Wei Wuxian to come to Jin Ling’s birthday. While Wei Wuxian’s preparing present for Jin Ling, Jin Zixun comes and gives Wei Wuxian troubles. To that scene, unexpectedly, someone comes. At the end, because of something that interrupts Wei Wuxian, Wei Wuxian killed who he shouldn’t kill. Who would that be?